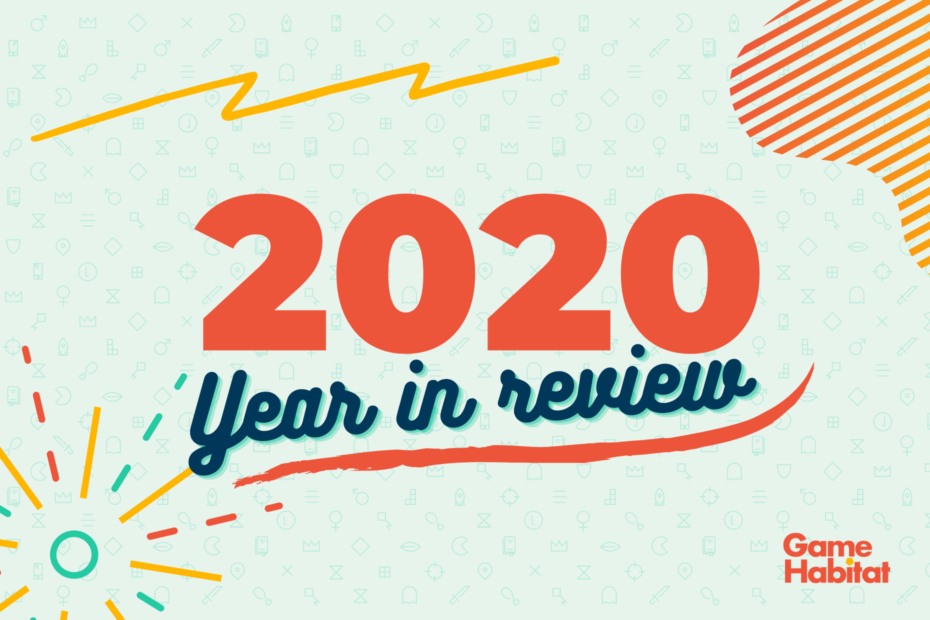 We all know 2020 hasn’t lived up to the hype, but we’re hopeful we can still end on a positive note by looking back at the shiny little nuggets of joy amidst all the turbulence.

Our members made a record contribution of SEK 540 000 in membership fees this year, which is more than twice the amount from the previous year! Speaking of our members, you also elected a brand new board in June. We’re convinced that they’re going to do a fantastic job!

Our events have mainly had to move online, but we did manage to organize a few IRL before, like the Game Dev Meetup in February, with over 350 attendees. We’ve had the honor of hosting the Global Game Jam, Pink Programming, a Game Audio meetup, and an inspirational day for women working with games at DevHub. Then we moved online with events like Seriously Indie – Online #1: How To Finance Your First Game, How to handle crises and lead from a distance, and DevTalk#4: Kevin Andersson, “Piecing it all together”.

We’ve had the honor of being involved in a bunch of exciting projects. We revealed our vision for a world-class game-focused experience/attraction with The Game Malmö. We’re developing concrete best practices and equality methods with Equal Gaming. We’re building a Europe’s best ecosystem for early-stage game companies with Game Accelerate South Sweden (GASS). We’re working to increase awareness and support for game culture for kids and youth the Game awareness project.

We partnered up with Invest in Skåne and MCVUK to create an extensive promotion piece on all that our region has to offer. Further amplifying this message is the recruitment campaign currently being run by Copenhagen Capacity, and we recently had the opportunity to spotlight our industry during the Malmö City Business Day.

DevHub just celebrated its second anniversary and now has over 100 inhabitants and around 30 companies, partly thanks to Thunderful moved in during the summer. We still have challenges ahead, but we’re trying to pause and appreciate how far we’ve come.

We’ve also just launched our own Swedish for game developers program – GameSWE, and hope to extend the program next year, while also working on setting up and launching a brand new acceleration program and seed fund for early-stage game companies.

We could go on and on, but we should probably stop now. We can’t thank you enough for supporting us in our mission to build the best environment for game development here in southern Sweden. We are utterly dependent on the support we get from our members, both in terms of membership fees, but also in the form of the time and energy that you invest in us and the things we do.

We hope that you’ll stay with us for another year! <3